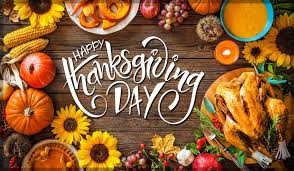 Thanksgiving is a time for the 3 F’s. Family, Friends, and Food. At times, we get a little caught up in the superficiality of it all and forget the true meaning and story of the holiday.

In September of 1620, a ship full of immigrants, with hopes of living in a new free world, landed in what is now Massachusetts. Only half of the Pilgrims survived their first winter. During the course of the next year, they were approached by an English-speaking Native American named Squanto, who was kind enough to teach them how to farm, fish and avoid poisonous plants in the area.

In November of 1621, the Pilgrims had their first successful harvest and organized a large feast to share with their Native American allies. Sadly, the next decade’s harvests weren’t as fruitful. The next time they had a bounty of food (which wasn’t until a decade later), they made celebrating it into a tradition.

Thanksgiving was officially proclaimed a Holiday during George Washington’s presidency in 1789.

So the next time we dig into the turkey and pumpkin pie, let’s pause and take a moment to express our gratitude for everything we have.

Global Service Resource is beyond grateful for all our hard-working employees that make the company what it is today. Thank you for being a part of our family. Happy Thanksgiving!

Skip back to main navigation